Over recent years, restaurant-to-home food delivery services the likes of Just Eat, Uber Eats and Deliveroo have seen a massive increase in their numbers. As more and more people use those companies to get food from restaurants delivered straight to their door, controversy around them emerges. In particular, journalists and activists point at the unfair practices of these companies, which take a heavy commission from restaurants. Fortunately eTakeawayMax, a company created in 2012, presents itself as a fairer alternative to these exploitative businesses. Read on to find out how Just Eat, Uber Eats and Deliveroo harm the restaurants and takeaway businesses which work with them, and what eTakeawayMax offers in its place. 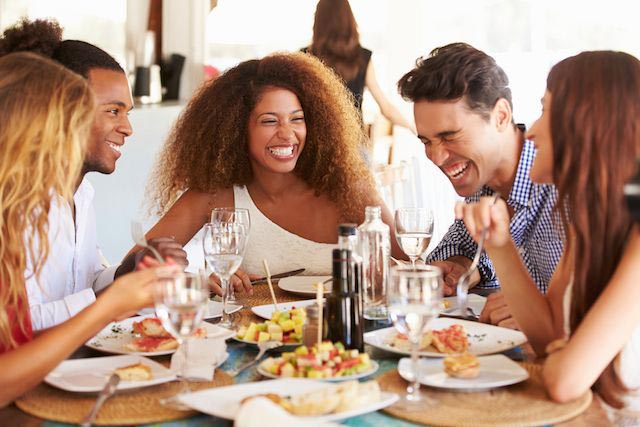 Companies like Just Eat, Uber Eats and Deliveroo make their money by charging a commission to restaurants for using their courier services. This is a clever business model because it means that these companies risk very little. They only act as an intermediary between the people delivering the food (who don’t have stable, salaried positions) and the restaurants providing the food. In effect, they put very little of their own work in, instead capitalizing on the business of restaurants and takeaways. So how much money do these companies make in commissions?Well, it really depends on the company, and prices have changed overtime. At the time of writing, Uber Eats is taking 35% of the cost of an order but is hoping to go down to 30% to win over more customers. Meanwhile, Deliveroo charge an average of 20-25% commission, with a cap at 30%. Just Eat has a lower commission rate of just 14% per order, but also charges a fixed admin charge of 50p for every single order.

Although these companies have slightly different models, they all rely on charging commissions to the restaurants with which they cooperate. Those commissions change a bit depending on the company, but do account for a very significant part of an order in any case.

Just Eat, Uber Eats and Deliveroo also charge restaurants and takeaway businesses for the simple privilege of working with them. For a restaurant owner, it can be difficult to refuse paying the fees which these companies charge. They are well-known, popular, and rank very highly on the Internet. This means that any business which wants to deliver takeaway without going through these companies will have a difficult time finding customers. Unfortunately, it also means that Uber Eats, Deliveroo and Just Eat can justify charging extortionate sign up fees to restaurants which feel highly pressured to start working with them. Here is how much it costs to become a partner with each of these companies:

To have your business listed on Just Eat, you will spend £699 (+VAT). The company justify this very high cost by the fact that their commission rate is lower than that of most other companies. On the other hand, this is a very high price to pay for new businesses, who might well struggle to keep up with those additional costs.

Uber Eats has a more complicated system, where the fee depends on the number of transactions which you are making. Their website offers little transparency on the subject, instead suggesting that you fill in an interest form if you want to become an Uber Eats partner restaurant.

Partnering with Just Eat, Uber Eats or Deliveroo can be very profitable for restaurant and takeaway owners, but there are some pretty hefty costs to consider too. In general, be wary of sign-up costs and hidden fees, as they could make a big difference in how well your business is doing.

How Much Money Are You Losing?

In general, it can be hard to say how much money you are making or losing by partnering with the likes of Just Eat, Uber Eats and Deliveroo. On the one hand, you are gaining new customers, who might never have become aware of your presence were it not for those apps. On their website, Uber Eats claims that they help businesses gain thousands of dollars a year through the flow of order coming from their app. On the other hand, there is no doubt that these companies are taking a lot of money from you, too. If you were asked to lower all the prices of your menu items by 20 to 30% would you do it? No, it would be suicide for your business of course. But this is essentially what signing up with these companies does: it takes a significant portion of your income from sales away. Let’s find out exactly how much.

With Just Eat commissions, you will be losing around 14% of your revenue on commission. This translates as roughly £140 for every £1000 that you make, or £700 per £5000 of revenue. Although this may seem like a high cost to pay, it’s actually little compared to some other companies.

With Uber Eats, the commission goes up to 30% of the price of an order. Yes, it means that you’ll be losing £300 for every £1000 that you make, or £1500 whenever you make £5000. Everything considered, this might well counterbalance the benefits of gaining new customers.

Deliveroo charges tend to vary, and could be as high as those of Uber Eats. In general, expect to lose between £200 and £300 for every £1000 which you earn.

To calculate the money which you are losing by going through services like Just Eat, Uber Eats and Deliveroo, you’ll have to consider how much commission you paid on orders taken through them. As a general rule, going through these businesses is still worth it for the customers that they bring you. But what if you could gain new customers without those extortionate commission fees.

eTakeawayMax is a U.K based company that proposes a similar service to the big names mentioned above, with a 0% commission fee! That’s right, it means that you could keep your takeaway money, and make even more because you won’t be losing out in unfair commission fees.

With eTakeawayMax, you sign up as a restaurant for a one-time fee, and get your own app and website through which to take orders. The money which you make using the app is sent immediately via wi-fi/GPRS printer or EPOS, and of course with no commission cost added! Not only that, eTakeawayMax also helps you rank higher in Google searches, meaning you are much more likely to get additional customers, which could well make up for the ones that you get through services like Just Eat, Uber Eats and Deliveroo.

Just Eat, Uber Eats and Deliveroo may be clever businesses, but many are finding them to be unfair on their drivers and restaurant owners alike. It’s only right to choose what is best for you, and go with a company that helps your business grow without charging overwhelming commission fees! Whether you are looking for an alternative to Just Eat or Deliveroo or Uber Eats – eTakeawayMax is the answer in England, Scotland, Wales and Northern Ireland. Try risk-free for 90 days. Call 08000862252 Now.

Try it RISK-FREE for 90 days and if you are not completely happy with the increase in your takeaway profits, cancel and owe nothing!

Leave your contact info with us so we can get back to you.
Or you can call us on 08000862252 or send an email to info@etakeawaymax.co.uk 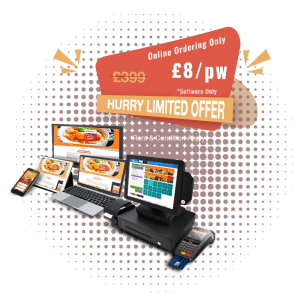 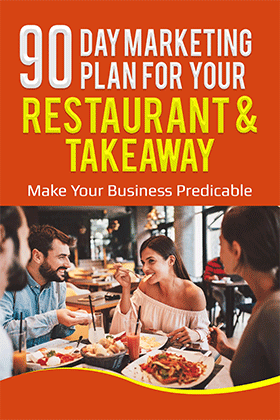